I’m pretty deep into Android stuff. For the record, I’ve stayed away from iOS devices mainly because:
1. I’m not a big Mac user (although I’ve owned at least 5 over the years).
2. Initially AT&T was the only iphone carrier and I did not want to switch.
3. I hate using itunes as gatekeeper.
4. I like my gear as open, hackable, and with as many user-replaceable parts as possible.
5. I buy electronics as tools not as trendy fashion accessories.

Of course there are pluses to a tightly controlled and popular ecosystem. The iOS music apps are generally more polished, powerful, and from larger companies. Android however is full of little mom-and-pop software developers and continues to have a very indie vibe. Devs are usually very reachable. You can report a bug or suggest a feature and they address it 100x quicker than say Korg would. Overall, I’m glad I jumped head first into the platform and made a whole album on a Android device. To this day, I still carve out time to try out nearly every new audio (and most video) related apps. Folks ask me suggestions all the time, so here are some newer apps music apps I’m really digging: 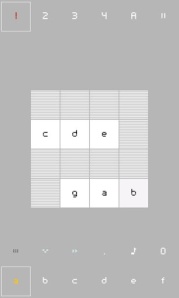 Caustic 2– As close to Propellerheads’ Reason for Android as you’re going to get. Only step-sequencing for now though. 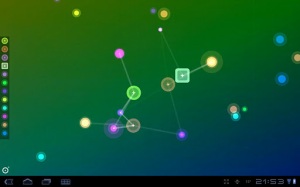 Nodebeat – There are a bunch of abstract music apps around but this is one of the best. You can accurately control the randomness and solo over the sequences. 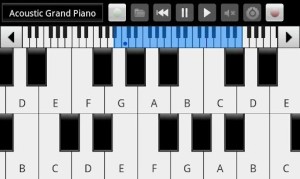 xPiano+ –  a great GM rompler with a ton of ‘bread and butter” sounds. 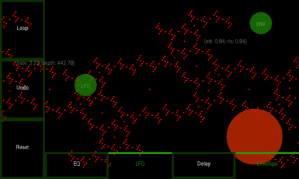 Saucillator – Although it was inspired by the Korg Kaossilator (which I used on this tune years ago) I was happy to discover that it’s is more of a synth than rompler. The looper is perfect and really fun. I wish other apps (like Caustic) had that function. 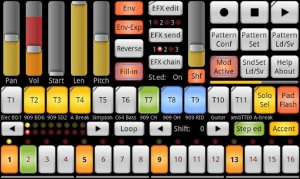 G-Stomper – Currently the most powerful sampling drum machine on Android. (no disrespect to Electrum which I also love). G-Stomper can be a bit CPU and memory intensive but it’s worth it.

blowback. throwback. went from yellin out “pro-black” to yellin “where the hos at?”

came this far and you know I can’t go back. ’89 slang…y’all chumps can get the bozak.

in fact, it’s time to get what’s ours, instead of trickin in these bars tryin to act like stars

and they can brag about they cribs and cars. I’m tryin to feel like Malcolm off the plane from Hajj.

understand what that really means? been bad since billie jean. hip without the skinny jeans.

not tryin to fit in between…just let the illest things shoot like silly string.

I don’t cling to lies they tell us… just to hold us down..feel envy and jealous.

rebellious…never one of the fellas. treat me like he the male version of Precious.

I’ve noticed lately that as DJing tools get deeper and deeper in features, what was once mid-to-high level is now available for really low dough.

Mixxx (free and open source) + Ebox-44 ($100) will give you just about all the functionality of the original version of Serato Scratch Live. The Ebox has been getting good reviews and the Mixxx software has really come of age. All you have to do is add turntables,mixer, and 2 Serato records. Speaking of Serato…

2. If you’d rather use a midi controller and not mess the added expense and weight of a vinyl setup you could easily use Mixxx with a midi controller. Perhaps an even better solution would be to grab a Numark Mixtrack Pro for $150-250 and use Serato’s DJ Intro (which trumps the LE versions of Virtual DJ and Traktor in terms of FX and jog wheel performance).

3. Given the dominance of Serato Scratch Live (and on the controller-front Traktor Pro) you can often find good deals online or in music shops on other lesser known DJ software that didn’t really catch on. I’ve seen M-Audio Torq. Cross,and  Mixvibes packages sell for dirt cheap on clearance and second-hand. All of those are actually usable solutions. I still use Torq every weekend without a crash and Torq 1.5 works great on my backup netbook (more on that later). Even if you don’t like any of those softwares you can just use the bundled audio interface with Mixxx.

Who would have guessed that youtube was good for something beside viral videos.  ‘Space Is The Place’ is more of the Saturday morning cartoon version of Sun Ra. This is the real deal. It’s like he’s squeezing the whole history of jazz and soul music into a bowl…then throwing it on you.

One thing I kind of miss in this information age is the random pawn shop score. Ebay has almost ruined the secondhand market for gear, causing folks to inflate prices or overvalue. I guess the same holds true for most collectibles. The last frontier seems to craigslist or the good old yard sale. Basically “the game done changed”. It’s not enough to search for deals on stuff that people already consider valuable, nowadays you have to stay ahead of the curve and search for things that no one’s really checking for. Case-in-point…rackmount hardware samplers.

Last year I found a guy selling an Emu ESI-4000 on craigslist for only 10 bucks. He said it wasn’t triggering and perhaps someone could use it for parts instead of just putting it in garbage. I figured what the heck, perhaps it’s user error. As I’m picking up the Emu I ask him, “What else you trying to get rid of?” and he shows me another sampler. This time it was an Akai Z4 in a road case. I remembered this was basically a MPC 4000 without the pads or sequencer. He said that it wasn’t working right either, but I could take it off his hands $25?!?!

The case itself was worth more than that.  I felt guilty so I gave him 40 or 50 bucks.Sure enough once I made it home I had them both running perfectly in less than an hour. The Emu was just set to an odd MIDI channel and the Akai just had bad stick of RAM installed. Score!!! The Z4 being one of the last samplers Akai made addresses nearly all the downsides of dealing with hardware in a modern studio. You can use USB to transfer sounds or program it directly from a computer. It has an large internal hard drive and can autoload sound on boot. It sounds incredibly pristine and tight. I’m currently transfer a bunch of old Akai libraries over to it just to use as an extra sound module. I haven’t really found a use for the other one, so the ESI-4000 is basically collecting dust. 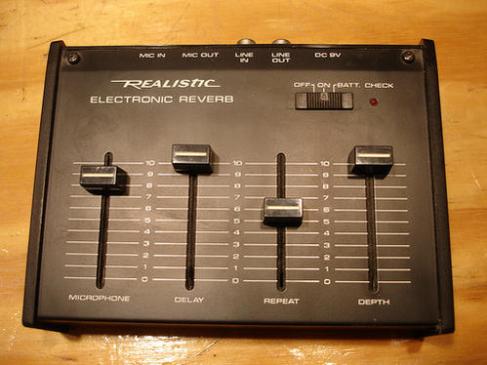 I’ve wasted a couple of hours this week just playing with this. Like a lot folks, this was my first ‘studio’ effects unit. I thought I was the man when I had this, my Roland TR-606, Casio SK-1, and two tape decks. It’s a really cheap analog delay. Plus, the delay time is very small. Normally that would prohibit it’s usefulness, but it’s has both line level and microphone inputs, so you can patch the unit into itself while still using an input.  That creates this wonderful lo-fi distorted, feedback drone thing that’s really expressive. I’m going to use this a lot this year. BTW- There’s a plug-in version of it, but the damn thing costs more that the hardware ever did. Not cool.

So I started a blog…

It’s been at least 5 years since I ran a blog. I guess recently I’ve become a little tired of posting on niche forums and having conversations with my inner monologue. Not to mention, this should serve as a good outlet to keep the world informed on the progress of my various creative projects.  So let’s geek out and see how far the rabbit hole goes…

I could use some mo’ likes…

I could use some mo’ likes…